Kumar was killed as Pakistani troops violated the ceasefire along the International Border in Jammu district on Monday. 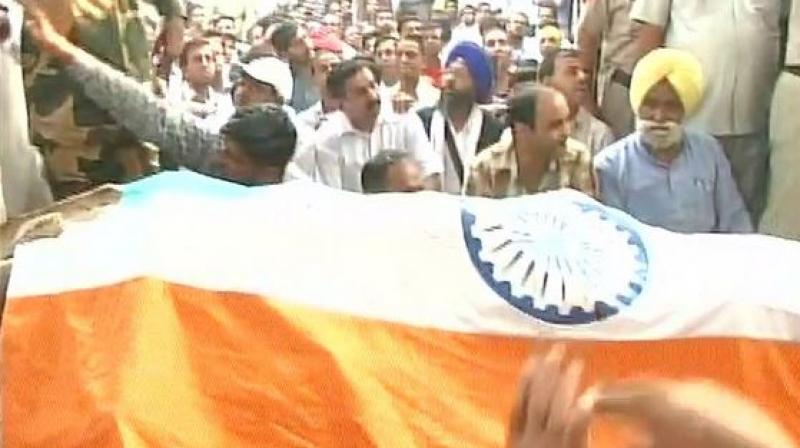 Kurukshetra: The mortal remains of BSF Head Constable Sushil Kumar, who was killed in Pakistani shelling while defending the border, were consigned to flames with full military honours at his native Pihowa village inÂ Haryana on Tuesday.

Kumar was killed as Pakistani troops violated the ceasefire, resorting to heavy shelling and firing from automatic weapons in several sectors along the International Border in Jammu district on Monday.

A large number of people from the town and the adjoining villages were lined along the road from Pihowa chowk to Kumar’s residence on Gulha road to pay homage to the martyr.

Heavy crowd assembled at the main chowk when his body was brought by a team of BSF officers at Pihowa at around 7.30 am on Tuesday.

Kumar’s body was brought to his home for sometime and then it was taken to the cremation ground where the last rites were performed as relatives and people lined up to bid a tearful adieu to the slain BSF jawan.

He announced that an ex-gratia grant of Rs 50 lakh would be given to Kumar’s family by the Haryana Government.