The injured soldier was taken to a nearby hospital in Jammu where he succumbed to his injuries last night. 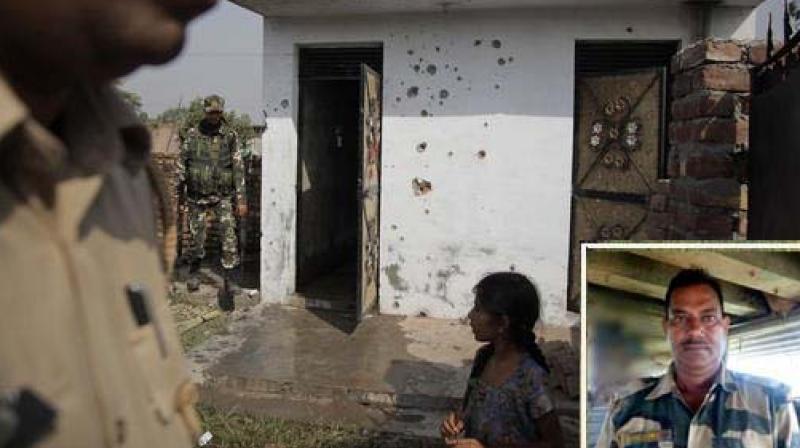 Srinagar: One Border Security Force (BSF) jawan was killed and another injured in heavy Pakistan shelling and firing along International Border in Jammu, an Army official has said.

The injured soldier was taken to a nearby hospital in Jammu where he succumbed to his injuries Sunday night.

A BSF spokesperson has said that Pakistani troops had violated the ceasefire along the International Border (IB) at RS Pura sector twice on Sunday.

“A few rounds were fired from the Pakistani side this evening which hit the mound near the border, ” the spokesperson added.

He said there was no retaliatory firing from the BSF which was keeping a “strict vigil” along the border.

On Friday night, Pakistan Rangers had targeted the border hamlets and border outposts (BoP) with mortar shells and had opened fire from automatic weapons along the IB at RS Pura sector.

Seven Pakistan Rangers personnel and a terrorist were killed and three others seriously injured in a befitting retaliatory action by the BSF as the Pakistani troops had targeted six sectors in Jammu, Kathua, Samba, Poonch and Rajouri districts of Jammu and Kashmir.