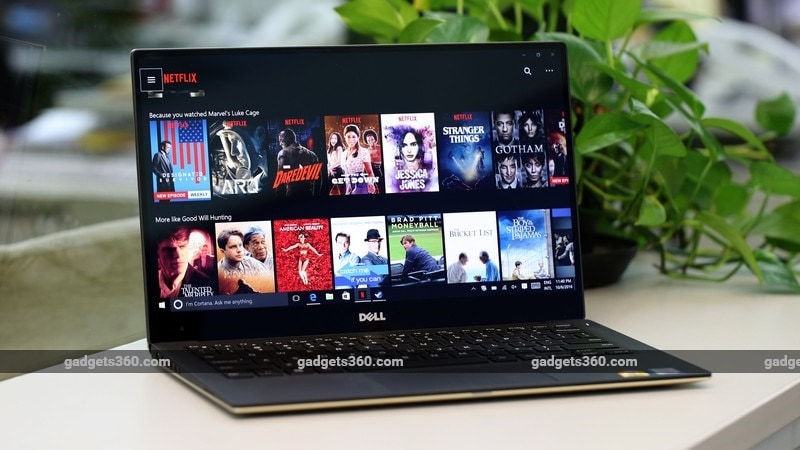 Dell’s XPS laptop models haveÂ often been most covetable ultrabooks, and it seems as though that tradition is still going strong. The company did a refresh of its XPS 12 and XPS 13 laptops inÂ March and today, we have flagship 13-incher in our test labs.

As per DellÂ India’s website, this is currently the only SKU available in the country thatÂ comes with a Core i7 CPU and a gold finish, and it will cost you a premium. Its dominance in this space is challenged by the likes of the HP Spectre 13, EliteBook Folio G1Â and the Lenovo Yoga 900Â -Â threeÂ excellent ultrabooks that have more than proved their mettle.

Letâ€™s see if the XPS 13 has what it takes to snatch the crown in the premium ultrabook space.

Dell has changed up the design from its previous XPS offerings, which, personally, weâ€™re not too fond of. It feels a bit chunky with sharper lines and edges, although it retains the tapering chassis of the older model. Itâ€™s also a bit heavy at nearly 1.3kg for the touchscreen model, which means you are going to feel the heft compared to some of today’s other models. Build quality is still excellent thanks to the aluminium chassis with carbon fibre for the palm rest area. 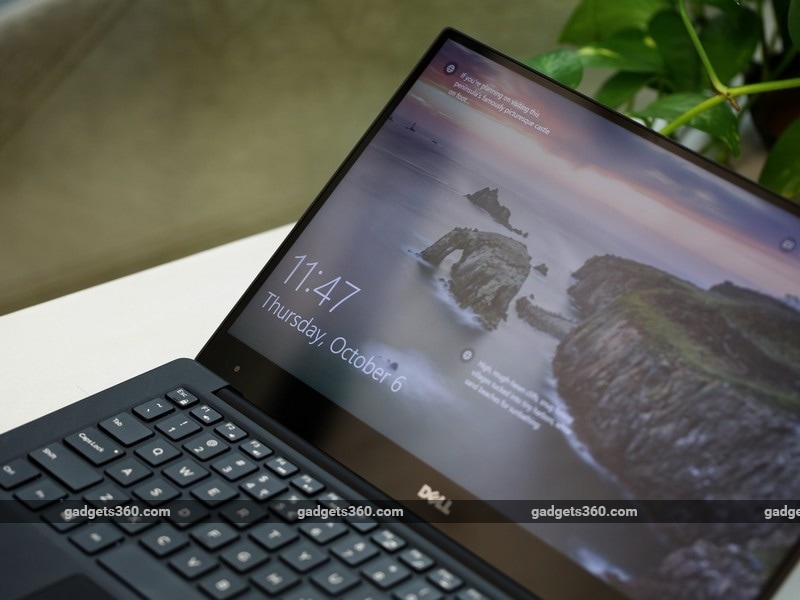 For connectivity, we have a USB Type-C port that supports Thunderbolt 3, so you can have video-out and LAN connections through adapters that are sold separately. You also get two standard-sized USB 3.0 ports, a headphones and microphone combo socket, and an SD card slot. A dedicated HDMI or even a Micro-HDMI port is sorely missed here.Â There are status LEDs on the side that show you how much charge the battery has left, and the Dell XPS 13 comes with two speakers, one on each side. 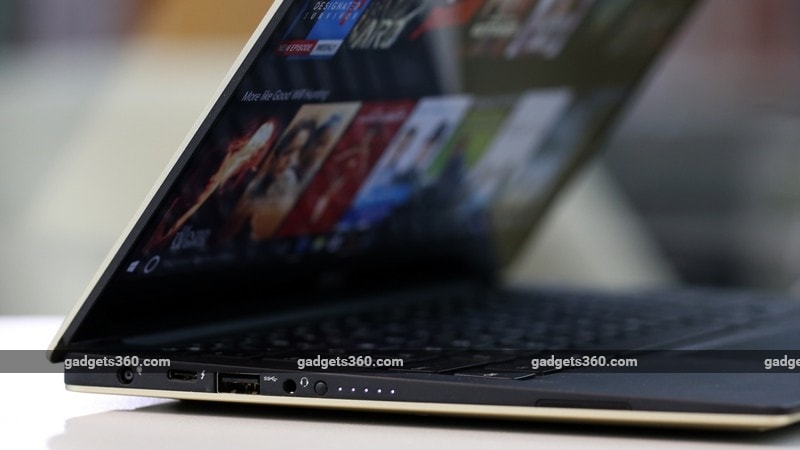 What really takes your breath away is the display, not due to the 3200×1800 resolution, but the way in which itÂ is mounted in this laptop, with a bezel that’s just 5.2mm thick. Dell calls it an “InfinityEdge” display, andÂ thanks to the lack of border space, aÂ 13.3-inch panel fits into a frame that would usually house a much smaller one. The IPS panel ensures rich colour reproduction and very good viewing angles,Â which makes it a joy to work on. The glossy touchscreen is prone to picking up fingerprints and reflections, however this can somewhat be dealt withÂ due to the high brightness levels. The only downside to this design choice is that the webcam has had to be placed below the display, which results in an awkward angle for video chatting. 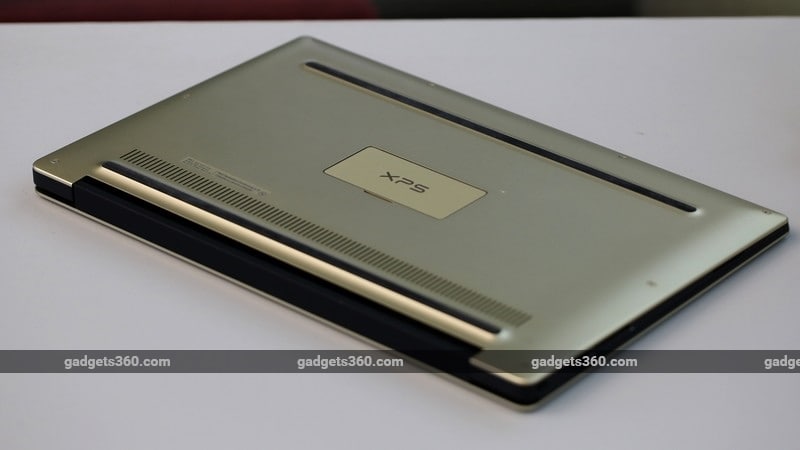 The keys on the keyboard have just the right amount of travel for typing, and there’s absolutely no flex around the keyboard area. The chiclet keys have good spacing, and the backlighting is pretty even across them. The glass trackpad works very well with tracking and Windows 10 gestures. There are two rubber strips on the bottom of the XPS 13 that act as feet to help prop the laptop up to keep the intake vents unobstructed.

Dell XPS 13 specifications and features
The flagship version of the XPS 13 that we have ships with a Skylake-generationÂ Core i7-6560U processor, which is a bit different from the i7-6500U that is more commonly found in ultrabooks. It has a slightly lower base clock and turbo frequency but packs in a bit more oomph inÂ the graphics department. Instead of the integrated HD 520 graphics, it features Intel’s Iris 540 graphics, promising better performance.

You also get 8GB of RAM, a 256GB SSD, an HD webcam, Wi-Fi b/g/n/ac, and Bluetooth 4.1. We feel a little short-changed here on the storage front as most flagships ultrabooks around this price point (or even lower) now offer 512GB of storage. Itâ€™s disappointing to not get that much despite the premium. 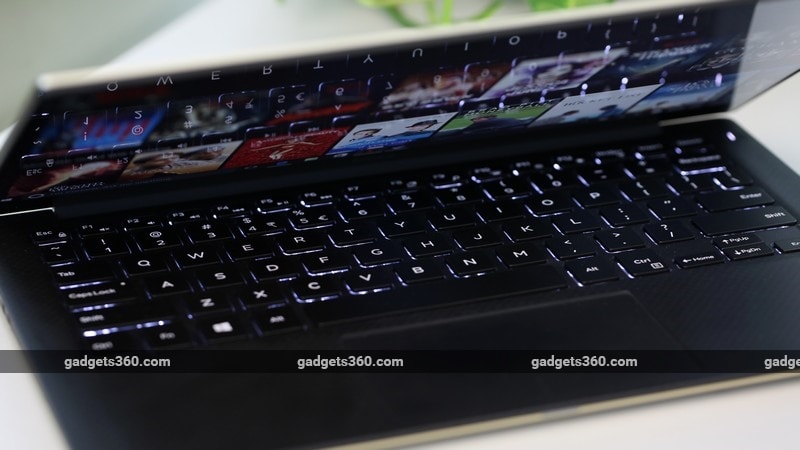 The laptop ships with Windows 10 Home 64-bit along with a 12-month subscription to McAfee LiveSafe, Office 2016 Home and Student Edition, and a bunch of Dell utilities for driver updates.

Dell XPS 13 performance
The XPS 13 performs as youâ€™d expect a flagship ultrabook to. Boot times are quick, as are loading times for apps in general. The SSD puts on a good show here delivering really fast read and write speeds. We got 860MB/s for sequential read bandwidth and 663MB/s for write. Itâ€™s still not as fast as the HP Spectre 13 but itâ€™s better than most others. Graphics benchmarks showed an improvement in frame rates, as the 3DMark Fire Strike test suite returned 1203 points which is higher than the three-digit scores that other ultrabooks usually achieve. 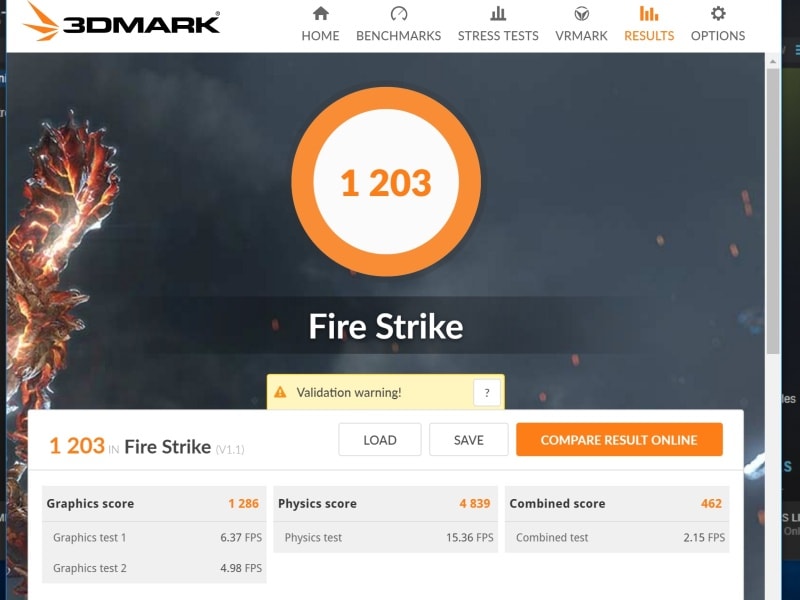 The palm rest area does stay cool during gaming but the same cannot be said for the bottom of the laptop. The XPS 13 runs fairly cool if youâ€™re doing things like editing a document andÂ surfing the Web, but once you fire up a video orÂ do anything graphically intensive, it gets really hot. At first we thought it was the due to the vents getting blocked but placing it on a table didnâ€™t seem to help. Thankfully, the exhaust fans arenâ€™t too noisy, and most of the hot air is expelledÂ through a vent on the right, near the hinge. 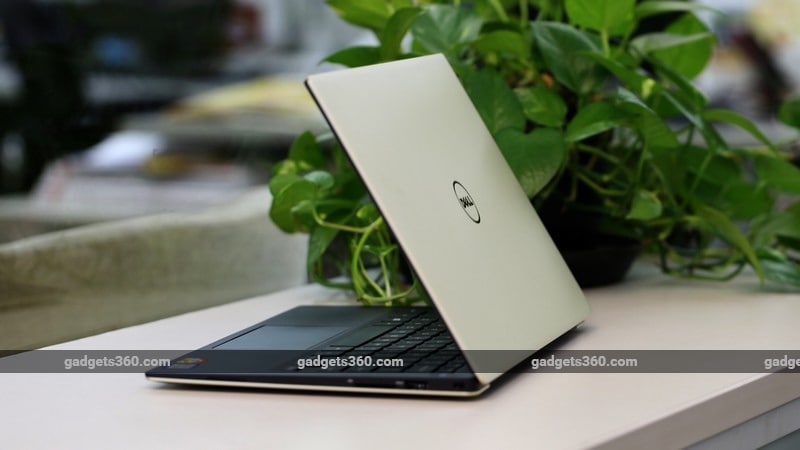 Multimedia playback is excellent, mostly thanks to the display. The laptop can handle high-resolution files with ease, and streaming movies and TV shows on the laptop is real treat. The built-in speakers are pretty loud, and Dell uses the Waves MaxxAudio software suite for sound enhancement. We didnâ€™t find much use for the touchscreen though, since stretching out a hand to use it isnâ€™t the most comfortable posture and the laptop doesnâ€™t flip or bend so that it can be used in different positions.

The 56WHr battery delivers decent life, and we managed to get nearly sixÂ hoursÂ of real-world usage. This included a lot of video streaming using Netflix plus some Web surfing, music playback, and Office document work. The Battery Eater Pro benchmark lasted 2 hours and 24 minutes while PCMark 8â€™s benchmark test also resulted in a similar time. 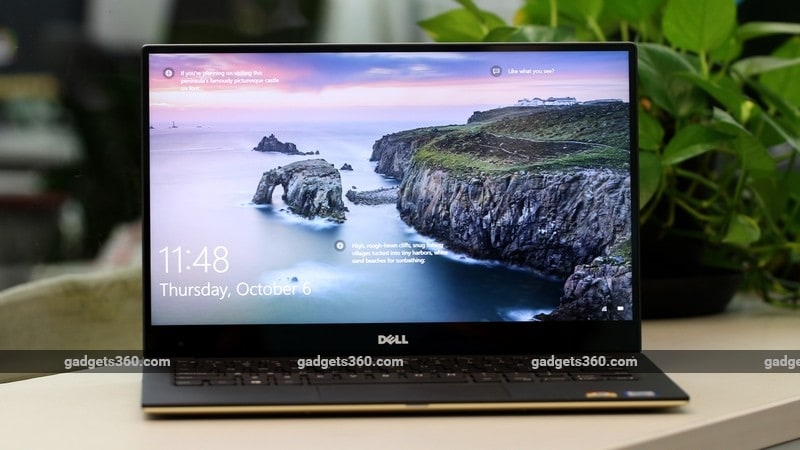 Verdict
The new Dell XPS 13 is every bit as good as it looks on paper, but it isn’t the best ultrabook on the market anymore. Heating is a bit of a concern with the Core i7 model we tested, and itÂ gets uncomfortable after a point if youâ€™re using it on your lap. We feel a bit disappointedÂ when it comes to onboard storage, which ideally should have been 512GB rather than 256GB. We also could have used either a Micro-HDMI port or an adapter bundled in the box.

If youâ€™ve set your heart on the InfinityEdge display, then youâ€™re probably better off with a Core i5 variant of the XPS 13, which sells for for about Rs.1,10,990 and should hopefully run cooler, though potentially at the cost of graphics performance. Other than the CPU, the rest of the specifications are pretty much identical to those of the Core i7 model.

However, if you want to go all out then we recommend either the HP Spectre 13 or the Lenovo Yoga 900Â at this price.