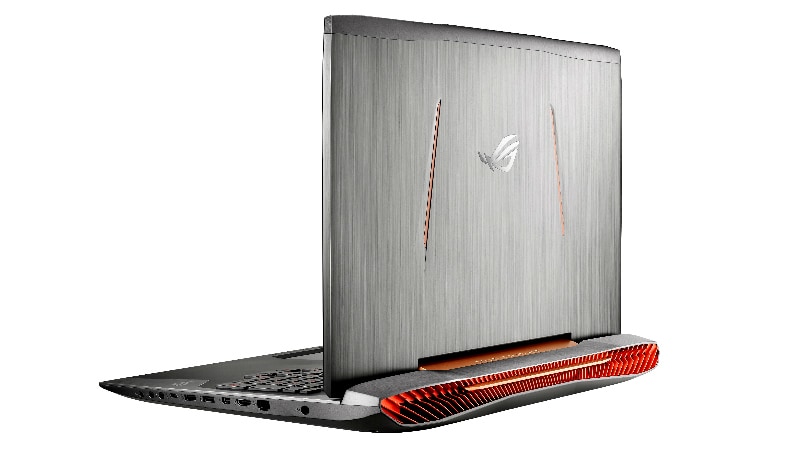 After launching the Asus ZenBook Flip UX360CA, the company has now introduced two new Republic of Gamers (ROG) laptops in India. Expanding its lineup, the new ROG Strix GL502VS and ROG G752VS are powered by Nvidia GeForce GTX 10-series graphics card. The laptops will be available across all online and offline leading retail outfits at a starting price of Rs. 1,81,990 and Rs. 2,47,990 respectively.

As mentioned, the big highlight of the two laptops are the VR-ready Nvidia GeForce GTX 10-series graphics cards, and they includes Nvidia G-Sync technology as well.

The ROG Strix GL502VS comes with the GeForce GTX 1070 GPU, a 15-inch display with 178-degree viewing angle, and weighs approximately 2.3kg. It offers up to 32GB of DDR4 RAM, and is designed in a way to maximise cooling efficiency. In addition, there is also the company’s in-built GameFirst III technology to ensure lag-free gaming, and an interface that lets users choose between four preset package priority modes (Optimization, Game, Media Streaming, and File Sharing).

Asus also launched the comparatively cheaper ROG G752VS. This laptop is powered by a sixth-generation Intel Core i7 processor paired with Nvidia GeForce GTX 1070 graphics card and up to 64GB of DDR4 RAM. The unlocked processor comes along with an overclocking toolkit, allowing users to overclock the system to speeds of up to 4.0GHz. Additionally, it has a backlit anti-ghosting keyboard with 30-key rollover. The ROG G752VS comes in Armor Titanium, and Plasma Copper colour variants.

Asus launched its new lineup ROG gaming laptops in India in April this year. At that time, the company launched four laptops and two desktops to flag off the ROG series. In July, Asus even launched the ROG GX700 at a whopping price of Rs. 4,12,990. The premium gaming laptop comes with a detachable ROG-exclusive Hydro Overclocking System cooling module that has dual 92mm radiators the company says are capable of dissipating over 500W of heat. It is even bundled with ROG-themed suitcase to lug around.