According to sources, the pilot’s failure to use the â€˜full runwayâ€™ for take-off allegedly led to a â€˜dangerousâ€™ situation. 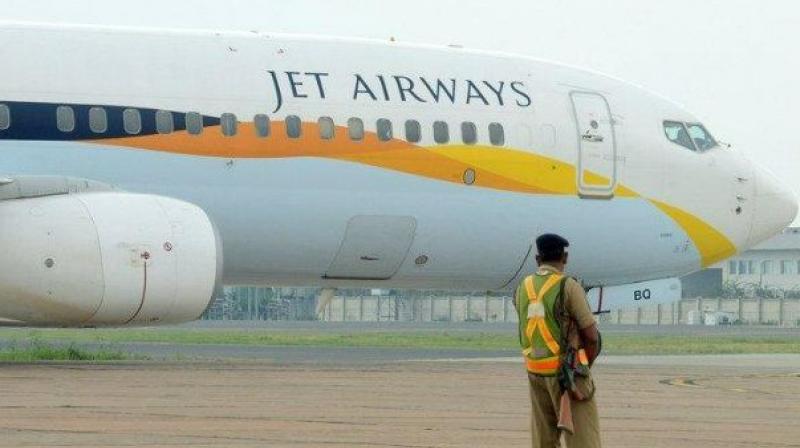 New Delhi: As many as 246 people on board a Jet Airways flight from London’s Heathrow airport to Mumbai had a miraculous escape when the Boeing 777-300 ER aircraft failed to reach the required climb after the take-off, prompting the government to order a probe into the incident.

According to sources, the pilot’s failure to use the “full runway” for take-off allegedly led to a “dangerous” situation and resulted in the incident which occurred on August 30. The commander of the aircraft has been taken off duty, they said.

The Directorate General of Civil Aviation (DGCA) grounded two pilots for allegedly flying too low after taking off from London Heathrow Airport. The Boeing 777 had an “unsafe altitude while crossing the airport boundary wall,” said a senior DGCA official.

Jet Airways, however, sought to downplay the “serious” incident saying, “We are investigating the event that has been brought to our attention as part of our active safety management system.”

There were 231 passengers and 15 crew members, including two pilots, on board the aircraft when the incident occurred.

“The incident did not have in any damage to the aircraft or property, nor injuries to crew members or guests on board,” Jet Airways said in statement.

Taking note of the “serious” incident, the Civil Aviation Ministry has ordered a detailed probe into it.

The two-member committee, constituted to look into the incident and headed by Jitendra Singh, has started its probe. The other member of the committee is Rajan Bhatnagar and both of them are assistant directors in the Aircraft Accident Investigation Bureau (AAIB).

“Jet Airways aircraft VT-JEK was involved in a serious incident at Heathrow airport, London on August 30, 2016,” the ministry said in a notification ordering the AAIB probe.